Skip to main content
Really! I Am Not A Crook 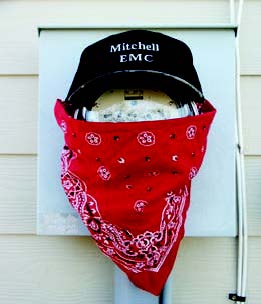 Back to Latest News

Really! I Am Not A Crook

I have been accused of everything in the book-- running when nothing was operating in the house—creeping—making too much noise—and even running at outrageous speeds. Getting down to it, I’m really a very capable guy.

I am an electric meter. I am one of the most accurate measuring devices in modern times. I work day and night, and I don’t have any ill feelings toward anyone. I only do my job of letting you know how much electricity has been used. I don’t use kilowatts, I just count them, yet they blame me for it. Sometimes because of a loose glass seal, I get dirty and begin to slow down due to the added weight of the dirt, or because of lightning I am dead on the spot.

Some people say, “Why do you run so fast on my house? My neighbors have more appliances than I have and his meter doesn’t run half as fast.” I suppose ‘people’ just don’t realize that they have different habits. Some families use more hot water, cook more, and stay home more. Even if all of the appliances in homes were identical, people’s living habits would make the difference. Not to mention bad house wiring which makes me run and run at terrific speeds.

If the homeowner would only remember that as time goes by, he adds one electric appliance after the other and expects me to run at the same speed. Today’s big screen TVs, multi computer homes, commercial grade kitchen appliances and swimming pools all lead to higher electricity consumption.

So you see, I am not really a crook after all—I only record the amount of work your electric servants do for you. So remember, don’t blame me! I am not a crook!